The VFD-300 can be converted to an effective Infra-Red camera by removing the "IR-cut filter"
The IR-cut filter is a thin glass or brittle plastic object at the back of the lens which blocks infra-red light.


Remove the device back cover.
Then take out screws to remove an internal plastic cover.
The camera is centre-top.


The lens unscrews.
Hint: Count how many turns or part-turns to remove the lens. It will need to go back the same way to have focus. I counted 10 part turns which approx translates to 3 full turns.

Lens with IR-cut filter is on the left.
At some angles, reflected light looks red.


Lens on the right has had the IR-cut filter removed. 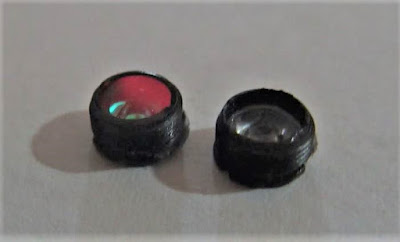 The IR-cut filter breaks easily by a light touch with a sharp metal object. Best to do this working in an open plastic container to catch the resulting very small pieces of broken .. glass? We can then clean it out with a wet paper towel or similar.

Removing the IR-cut filter makes a big difference in camera behaviour.
Interesting to see here that a dark red chair becomes one of the brightest objects in infra-red. 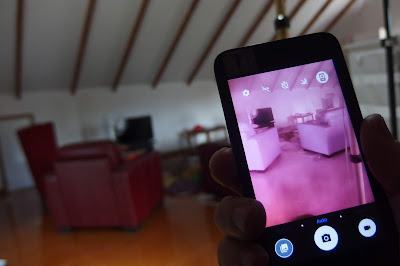 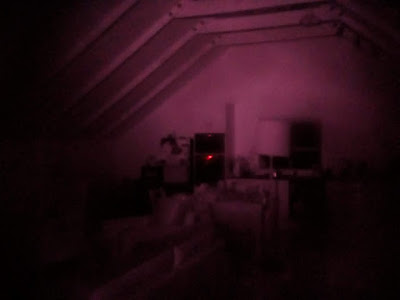 The camera has a low light setting which appears to give a slow shutter speed, resulting in motion blur. I intend not to use that because of monitoring animals like rats where we do not want motion blur. Also we are likely to monitor at close distances of 1m to 2m and it looks like our infra-red lighting levels will be good enough to work well at the "normal" setting. With enough headroom to be able to run a lower power LED infra red light source.
Here for interest is the same shot taken on the low light setting. 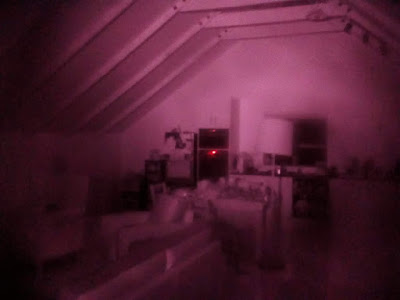 The camera gains increased sensitivity for low levels of visible light, although with false colour in the image. I had 2 x VFD-300 phones available last night, one with this mod and one with a "normal" camera. So I could take photos of a back yard in fading evening light, both ways. 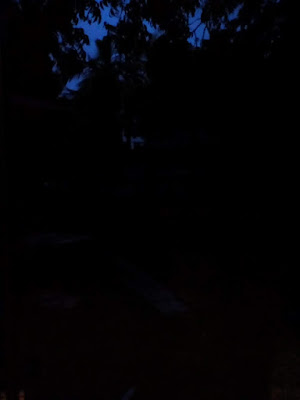 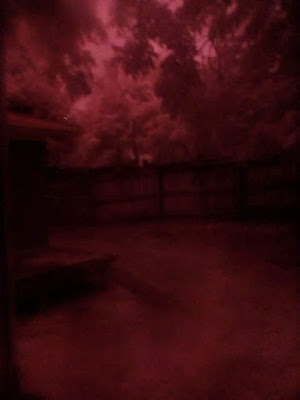 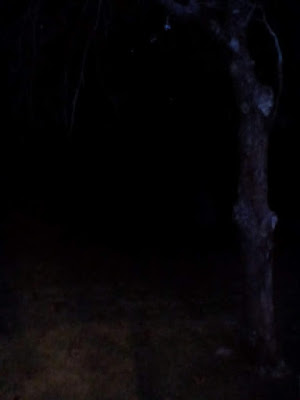 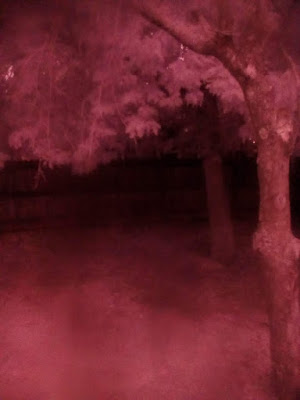